What does God promise to those who obey?

Oh, the joys of those who do not follow the advice of the wicked, or stand around with sinners, or join in with scoffers. But they delight in doing everything the Lord wants; day and night they think about his law. They are like trees planted along the riverbank, bearing fruit each season withoutfail.Their leaves never wither, and in all theydo, they prosper.

Do What He Says

Believers who build their lives on a solid foundation are like the man whom a reporter found in the aftermath of Hurricane Andrew. Amid the devastation and debris, one house still stood firm on its foundation. The owner was cleaning up when the reporter a pproached him. “Sir, why is your house the only one still standing?” the reporter asked.

“I built this house myself,” the man replied. “I built it according to the Florida state building code. I was told that a house built according to code could withstand a hurricane. I did, and it did! I suppose no one else around here followed the code.”

If you have built your life on Jesus Christ and His teaching, you will stand when the storms of life hit. If you are not merely a hearer but a doer of the His Word, you will endure. The true Christian—the one who has built his or her life on the right foundation—will stand the test. 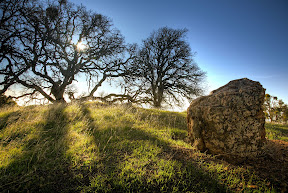