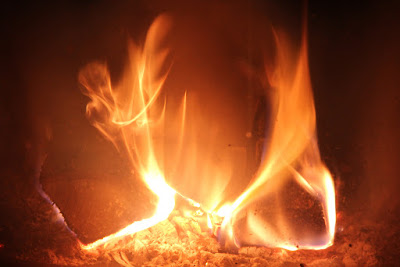 One of the stories I loved as a kid,  back in the days of Sunday school,  was the story of Shadrach, Meshach and Abednego (Daniel 3). It was one of those stories that allowed me to visualize the magnitude of God as I would sit and imagine three men walking into a big fiery furnace (a huge stove) and surviving. It was such an awesome and powerful story. But as a kid, it was all about that fiery furnace.

It wasn’t until the adventures of adulthood that I began to see a different part of the story. The part of the story where Shadrach, Meshach and Abednego make a bold statement before the king.

You see, within this story, these three men refuse the command of King Nebuchadnezzar to bow down to another god and with that, the king commands that they be tied up and thrown into a fiery furnace for their non-compliance. But that is when the grand move is made and these three men take a stand and proclaim that God could deliver them from the furnace but even if He chose not to deliver them, He is still good. What a powerful statement in the face of death. This story brings such clarity and a perspective change.

Sometimes we find ourselves thinking our life circumstances are so horrific that there is no chance of survival. It appears that the darkness seems to consume everything around us. The pain seems too great to handle. And in those moments of desperation it is easy to lose sight of God.

I know for myself personally, I find myself questioning God. Asking Him why. Why is this happening? Questioning His purpose and His plan. Unable to look ahead to the bigger picture. But I believe that those moments are simply part of our humanity which leads to the development of greater faith. Because it is in those weak moments where He reveals himself in the strongest ways. Where He reaches out His hand and reminds us of exactly who He is and what He is capable of doing. Just like He did for Shadrach, Meshach and Abednego as they walked out of that fiery furnace. And just like those three men, God is with us, standing beside us and waiting to walk out of the fiery furnace with us (Deuteronomy 31:6). It simply requires trust and surrender.

Now as simple as that all sounds, it doesn’t mean we won’t have those moments of weakness where we doubt His goodness. Where we doubt His plan. But thankfully, even in our doubt, He doesn’t desert us. Instead, He is always there waiting. Patiently waiting for us to take His hand as He too leads us out of that fiery furnace.