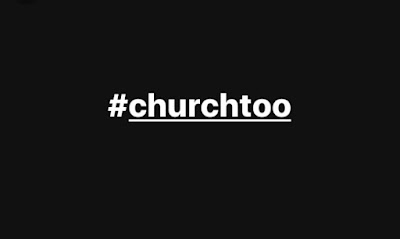 Ephesians 5:13 says, “but their evil intentions will be exposed when the light shines on them.”

For years I have been resting and trusting in this verse. For the past nine years, I’ve waited for the issue of spiritual abuse to be exposed. Especially spiritual abuse within the churches.
For me, all of these issues with Paige Patterson have hit home. I experienced Spiritual abuse first hand by my home church which sits a little over 4 miles from the seminary. In fact, many of the staff members at that church had gone to Southeastern Seminary and several faculty members attended there as well. Not to mention the countless seminary students attending the church.
The beliefs of Paige Patterson have truly helped me to understand more of what I went through and why. I sat under the leadership of men who had attended that seminary where the belief system was that women were inferior and that abuse was acceptable if it meant leading someone to Jesus. I sat under leadership that told me that I needed to submit more, pray more, read my Bible more, and have more sex because what was happening (the abuse) was my fault.  And because they were my leaders, I did exactly what they said. Even at the expense of feeling like a prostitute. A feeling that I shared with the leaders because I couldn’t understand why I was supposed to be intimate with someone who dishonored me in many ways.
I was under the leadership of men who threw their weight around and used scripture to control me.  Men who instead of helping me, accused me of adultery because that was easier. Men who told me that God didn’t communicate with me because I didn’t go to seminary and because I was a woman. Men who stood in my home and yelled at my mother telling her to shut up when she tried to speak up at the pastor who was in my face yelling.  A leader who claimed that his yelling was a form of righteous anger making it okay.  Leaders who after threatening me with a letter of discipline if I did not do what they said then followed me to the new church I was attending to tell them that I was an adulterer and liar.  Leaders who told all of those in my circle that I was in a whirlpool of sin and they were no longer to associate with me.  Leaders who sent me a letter saying if I ever stepped foot on the church property again, the police would be called. (That in and of itself is a whole other story.)

I was abandoned, belittled, shamed, and tossed aside. I was made to feel like I had done something wrong. I had no support from the church that I had served in for almost 10 years. A church that I had given so much of my time to faithfully.  I was left feeling rejected and shamed and in the end, made the decision to leave the church altogether.  For me, if this is who God was, if He found the way I was being treated to be acceptable and He viewed me this way…as having no value or worth other than an instrument of leading somebody else to Jesus at the expense of my safety and health…then I didn’t want anything else to do with God or the church.

Like many others, I have patiently waited for this day to come when God would expose the darkness hidden in so many churches. The darkness of pride. Men who find it necessary to demean women and use the gospel to do so.
But again, all of this information that has come about regarding Paige Patterson has helped me to better understand the sinfulness of man. To understand why this happened to me and many others. It doesn’t make the hurt go away but it helps to validate the experience we each had and to know it wasn’t our fault. That these men believe these things. That God had given them some kind of priveledge that I was not granted. They were made to believe that God would never speak to me because I was a woman. Because I did not go to seminary.
When I look back on it now it is completely ridiculous.  It’s completely ridiculous that I ever allowed a man to make me feel such rejection and shame. It’s ridiculous because now I understand scripture. Because now I understand truth. Because now, after living in the dark for so long under the teaching of men that have been taught wrong, God showed me the light.   Because now I know how Jesus viewed women. That Jesus chose the woman at the well to share with her whole town about who He was. That it was at Simon’s house where He praised the woman who sat at His feet and washed them with her tears. That he stood by the woman being accused of adultery and instead of accusing her, pointed the finger back at her accusers. Now I look back and feel sadness for these men because I understand the accountability that now falls upon their shoulders.
Over the last few years God has revealed countless other women who were a part of that church who were treated the exact same way. I was not alone.  And there are moments when that leaves me feeling relieved because then I know I’m not alone however it creates so much sadness in my heart to think of the countless other women who have had to walk that road like I did.  Someday these men will be held accountable for the harm that they caused. That they had a responsibility as leaders, as godly leaders to defend and protect those being oppressed and instead chose not to.
Anyone who knows me knows I am not one to take revenge. I truly believe that vengeance belongs to God. And in many of my life situations I’ve done my best to react with grace and wait for God to right the wrong that has been done. I believe that time has come. And I believe that someday, if it hasn’t happened already, those men who hurt me and many others, will be held accountable for the choices they made and the way they used their power and scripture to abuse women.
Never pay back evil with more evil. Do things in such a way that everyone can see you’re honorable. Do all that you can to live in peace with everyone. Dear friends, never take revenge. Leave that to the righteous anger of God. For the scriptures say, “I will take revenge; I will pay them back,” says the Lord.

Disclaimer… This is not just an issue of Southern Baptist churches. Spiritual abuse occurs across multiple denominations from Episcopalian to Southern Baptist. Scripture is used continuously to bully and control individuals. It does not matter your denomination, your race, your gender or what translation of the Bible you use…I believe it occurs because of the sinfulness of man and the power of pride.