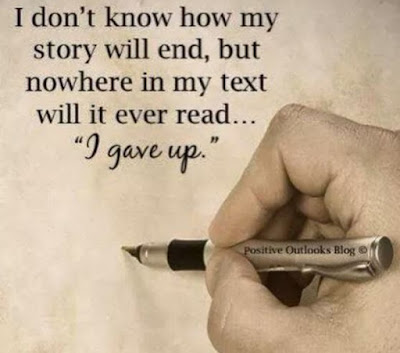 When the shadowy curtains of darkness have surrounded you, almost swallowed you whole where do you go? What do you do? I find myself there more times than I care to admit. The smothering sensation that leaves me gasping for breath and wishing for the day to end falls heavily and quickly but the strength needed to escape doesn’t come easily. In those moments,  I have two choices…I can fade into the background and allow the darkness to consume me or I can extend my hand and reach out for the One who extends His.

Darkness is a funny thing…it can be scary and comforting all at the same time. Darkness can bring about the unknown. Leave us questioning what will we find lurking around the corner. Too scared to look under the bed? The unknown is a cold and lonely place. But then that same darkness can bring a sense of comfort as we bunker down and wallow in our doubts and fears. Staying resolute in a posture of defeat oftentimes feels easier. But it’s not. Because the longer we stay there, in that darkness, the longer it will take to find a way out.
The battle out is hard. Fighting takes a lot of strength, courage and stamina. But I’ve learned that we don’t fight alone. We haven’t been left alone to fight these battles. Jesus came, He conquered and He won the victory. Just because we have the victory though doesn’t mean that there won’t be pain or disappointment. But we have to weather through the hard in order to reach the victory.
Oh the frustration that can come when the disappointments abound. The anger that grows when it feels like God isn’t hearing our prayers or doing something to remedy the pain. And it happens. We question His goodness. We question His presence. Sometimes we even find ourselves sitting in the middle of the bathroom floor crying out to Him in anger because we’re tired. Tired of feeling ignored. But He’s there and He’s listening.  He’s fully aware of what is happening and why. And if we’re paying attention and listening, He makes His presence known. Whether it’s through a friend or a book or a passage of scripture, in that moment, He speaks exactly what we need to hear but we have to be listening. With an open heart we have to be willing to listen. Willing to hear what’s not always easy to hear.  But when we’re feeling hurt or disappointed it’s easy to lose sight of Him. In the middle of the chaos and pain, it’s easy to miss the sound of His voice. But we have to be still.
So what can bring darkness? I have learned that the enemy will use our marriages to cover us in darkness. But though the enemy will use our marriages in an attempt to destroy us, God will use our marriages to mature and grow us. Now acknowledging those two things is not easy because it means we live in a constant war. An ongoing battle that is constantly taking place between good and evil. Around every corner an enemy exists with a mission to destroy a union that was meant to display the beautiful picture which is the gospel.
Because of this ongoing war,  so many of us give up instead of fighting the battle. We don’t feel like waging war. In fact, most of the time we don’t feel like the person on the other side is worth fighting for. We get to a point where we want to throw our hands up in the air and say good riddance because this is too hard.
Oh how the enemy wants that victory. But if we just hold on and fight then we begin to see the rewards that come from being faithful to the cause that we believe in. We begin to experience the victory that Jesus says we have. When we wage war in the valley we eventually hit those mountain tops where God reveals His splendor and faithfulness in ways that take our breath away. But the decision is ours. Is it worth it? What’s really important?
Giving up will just leave us empty and searching for something else to fill the emptiness. But fighting…fighting ignites a fire within us that allows us to see a bigger purpose for ourselves, for our marriages and for our families. It allows God to shine through us. It offers people hope where they will find encouragement through our struggle and in our stories. Our battle can help others find victory and strength in their darkness.  So don’t be afraid of the battle. And most importantly…. don’t be afraid of your story! Use to inspire others to continue fighting! Because it’s worth it! Because victory is just around the corner!
“But take heart; I have overcome the world.”
John 16:33